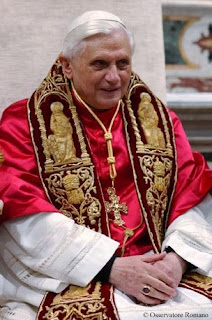 Catholic League president Bill Donohue commented today on the controversy over the pope’s decision to reach out to the St. Pius X Society:

“Whenever the media distort a story, either willfully or out of ignorance, it generates skewed commentary. The latest example is what happened following the announcement that Pope Benedict XVI was seeking reconciliation with the St. Pius X Society. News reports quickly surfaced that the pope had welcomed back a Holocaust-denying bishop. Nonsense.

“Here are the facts. The pope didn’t reach out to any one member of this group—he lifted the excommunication that had been imposed in 1988 on the collectivity. Those bishops, including the one who entertains loopy and wholly discredited views on the Holocaust, are not fully reinstated in the Catholic Church, and may never be. What the pope did was the first step toward full communion. As the New York Times correctly said on January 28, this was ‘a step toward the men’s full restoration to the church, but their status has yet to be determined.’ (My emphasis.)

“So what will it take for these bishops to get reinstated? The pope said it best: ‘I hope my gesture is followed by the hoped-for commitment on their part to take the further steps necessary to realize full communion with the Church, thus witnessing true fidelity, and true recognition of the magisterium and the authority of the pope and of the Second Vatican Council.’ There is no way to read that other than to conclude that to be fully reinstated in the Catholic Church, all those who have passed the first test must now clear the big hurdle: either accept what the Catholic Church teaches or remain on the sidelines. And what the Church teaches, among other things, is the necessity of respecting our Jewish brethren.

“None of the media distortions of this issue excuses those in the Jewish community who have lashed out at the pope. They should know better. Is their commitment to good relations with Catholics so thin that it can wither because of something like this? We certainly hope not.”