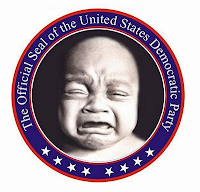 On January 29, nearly 50 Catholic Democratic congressmen sent a letter to Pope Benedict XVI stating their concerns over Bishop Richard Williamson’s comments questioning the historical record on the Holocaust. The bishop belongs to the St. Pius X Society, a group which recently had its excommunication lifted by the pope. The congressmen implored the pope to denounce the bishop’s views.

“The congressmen’s letter to the pope smacks of posturing and hypocrisy, and is factually wrong. They begin by saying ‘we are writing to express our deep concerns with your decision to reinstate Bishop Richard Williamson to communion with the Catholic Church….’ The fact is that the pope did not reinstate the bishop to communion with the Church—he merely lifted the excommunication of the group to which he belongs. In order for the group to be fully reinstated, it would have to express its fidelity to the teachings of the Church, as well as the norms of Vatican II. In other words, the letter is based on a false predicate.

“Facts aside, this kind of posturing is a disgrace: for American congressmen to lecture the pope about an event in which he was personally victimized, and about which he has long condemned, is nothing short of arrogant.

“The hypocrisy is mind-boggling. They beg the pope to ‘publicly state your unequivocal position on this matter so that it is clear where the Church stands….’ How ironic that most of these very same Catholics fail to speak with clarity about what the Church teaches on abortion. Of the 47 signatories, the majority have a 100 percent NARAL score (meaning they vote with the radical pro-abortion group on every issue). The leader of this group, Rep. Rosa DeLauro, never agrees with the Catholic Church on abortion—her NARAL score is 100 percent.

“One more thing: they addressed the pope not as a head of state but as a ‘spiritual leader.’ Didn’t they ever hear of respecting separation of church and state?”