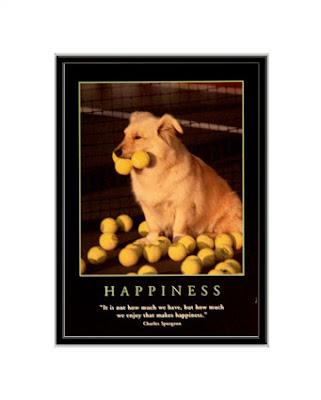 Well, this day didn't start out very well but got much much better as it went on..The alarm went off at 830 am and I thought to myself, uggh.. I really don't want to get up.. but, I knew I had to. Lou was sleeping next to me and he didn't sleep very well all night ( neither did I ) because of his pain and the dogs heard the alarm and were looking to go out so I knew I had to get up. I dragged myself out of bed,still half asleep and only able to see out of one eye yet. Let the dogs out started my breakfast and then had to go on a hunt for Lou's coffee cup. I get my breakfast all done, Lou's coffee made, let the dogs in and head back into the bedroom making a pit stop to pick up Lou's pain meds which I know he'll need the minute he opens his eyes..

Don't you know the moment I finally get to sit down and eat Lady decides she wants to go out. She had to be different and not go out with everyone at first. Nope, she had to sit and wait till mom was all comfortable and just ready to take her first bite of her eggs to decide she needed to go. So, once again it was up into the kitchen to let her out.. Well I was flustered by that point and Lou decided he would get up and go inside to let her back in when she wanted.. Well that kinna pissed me off cause here I hunted down his coffee mug, made him coffee in bed, got his meds and now he was gonna get up? I stopped being mad and let it go because I know he was doing it for me so I could eat.. He also knew it was my birthday so he was going to try to do what he could. How can I stay mad at that? I can't..

After things quieted down, around 9 am the phone rang, it was my niece Jillianne calling to wish me a Happy Birthday.. Got off the phone with her then my Sister in law called about an hour later. While on the phone with her my brother called. About 11 am the phone rang and it was my nephew Eric and about 1 pm the phone rang and it was my oldest nephew Billy... That was all it took.. Just a call from each child and I was happier than a pig in a poop pen. By the way, pigs really don't like poop.. They like mud. How do I know? I owned 2 potbellies..I also got a phone call from my friend Philip which made me feel so good that he remembered my day. Hey life gets busy you know and he was just in the ER the day before..He has a lot going on and didn't need to remember but he did and it meant a lot.. My youngest step daughter also called me which made me feel special as well..I got lots of birthday wishes from friends on Face Book as well.

Lou decided he was going to go out because he hadn't gotten me a card. Well that didn't go to well because he could barely walk and I pretty much yelled at him not to go.. I didn't need the card.. I had everything I needed.. My kids called. I had Lou, my furkids.. I was happy...

So today, although it is my birthday I am SO thankful that I have the people in my life that I do.
at April 18, 2009