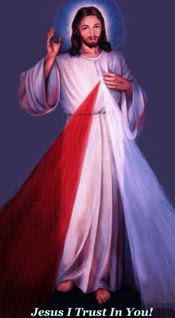 Last week Dr. George Tiller was murdered in his church while he sat with his family worshiping God. While his life is in complete contrast to the Christian faith, one must denounce his tragic end. While this man was a staunch abortionist and even used to boast about having murdered 60 thousand babies over his career we as Christians who are Pro Life, and if you're a Christian you should be , must pray for his soul. That our loving Lord Jesus will have mercy on this mans soul. Because he was murdered, Tiller was not given the opportunity to amend his life and ways and that is one of the sad events of this murder.

The pro life movement as well as the United States Catholic Bishops have all come out against this act of murder. It's wrong. Yes, we are against abortion, yes we pray for the conversion of those who perform abortion, we pray that Roe V. Wade will be overturned ( by the way , the original woman who was named "Roe" is a fierce supporter now of life and in her own words "realizes what she did was one of the biggest mistakes of her life) but as Pro Life people we must respect ALL life including, those we do not like. As for the man who murdered George Tiller, we don't know much about him. We can't even say he is pro life because he murdered someone. You can't say you're pro life and then turn around and take a life. You must be on one side of the fence or the other. This is an issue where there is no in between choice. You either are or you're not. The Pro Life movement and those involved in it support all life no matter who is belongs to and the actions of one man will not tarnish the reputation of those who stand for life nor will it stop the pro life movement. Some of the people who work in the abortion industry are trying to make a martyr out of Tiller. They say that this is the kind of thing they're up against but thats really not true. Since the passing of Roe V. Wade there have been over 49 THOUSAND murdered babies through abortion and FIVE murders of abortion doctors. I am not trying to make this into a numbers game by any means. I am simply trying to point out that those in the Pro Death movement (abortion, euthanasia, dying with dignity, NARAL, Planned Parenthood,Assisted Suicide) who say they are targets are just using this event to push their agenda.

In closing, any of you who really know me, know that I am Pro Life and a staunch supporter of life , I completely and totally denounce the murder of George Tiller. I pray for his soul, his family and I also pray for the man who killed him....

The Lord Jesus is merciful. His Mercy has no end. We pray he will be merciful upon us all.
at June 05, 2009