Looking beyond the Hype 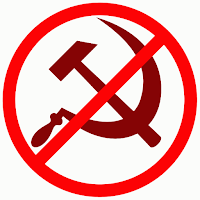 I watched an interesting Glenn Beck show today. Now before you close down my blog, try and listen with an open mind to what I have to say.. You may not like Glenn Beck but the one thing you can not deny is that the man tells the truth which is why he's taking so much heat for his show. Everything he says can be backed up by proof.

Having said that, lets talk about this so called "Obama Health Care Reform"

Well OKAY, lets look at something that Obama said during his campaign.. He told us who the people were that he will and does surround himself when he needs advice. On the issue of health care, here are those who surround him and help him shape his beliefs about health care..

First up, John Holdren. Who is he? Mr. Holdren is Obama's "Science Tsar".. Here is how this man thinks. In a book that Holdren co-authored in 1997 he wrote that "women could be forced to have abortions whether they want them or not".
Holdren also said the population at large could be sterilized by infertility drugs put into the nation's food or water, advocated the taking of babies from single mothers and giving them to couples, and said that people who “contribute to social deterioration,” such as minorities or other so-called undesirables, should be forced to have abortions.

If the above isn't bad enough, I would like to ask Mr. Holdren, WHO are the "other so-called undesirables" he refers to ? Could he mean, The elderly? The Disabled? The Sick? Just who are they?

Holdren also called for a “Planetary Regime” that would rely on an international police force to force people in nations across the globe to submit to these forced abortion and other political policies.

Holdren co-wrote the book with Paul Ehrlich and Anne Ehrlich, well known population control advocates.
2nd in line: Ezekiel Emanuel - Obamas Health Care Advisor and author of the
Complete Lives System.. What is that you ask? Well, here's a photo of it.

What does it mean?. To put it simply, it charts out depending on this scale, where you fall in age, the probability of receiving intervention or top health care. Lets say you are an infant born with some kind of disease or a child up to the age of 10 years old suffering from some kind of illness, your probability of receiving top notch health care? Answer: Possibly but, not very high odds.. Then we move onto people from teenagers to the age of 40. Answer: VERY GOOD Chance of receiving excellent medical care.(You are considered the group to cost the least amount of money) Now we move onto people between the ages of 45 to 70 and beyond. Answer: Possible but no promises. After age 70? Answer: Good luck with that.

This chart was made to be used and was created by Obama's HEALTH CARE ADVISOR. One of the people Obama who LOOKS TO FOR ADVICE.. Do you NOT see anything wrong with this chart!?!

Next up: Cass Sunstein. Here is an article about our freedom of speech and what this man would like to see happen. In a nutshell? He wants bloggers (someone like me) reigned in.. Read on.

When it comes to the First Amendment, Team Obama believes in Global Chilling.

Cass Sunstein, a Harvard Law professor who has been appointed to a shadowy post that will grant him powers that are merely mind-boggling, explicitly supports using the courts to impose a "chilling effect" on speech that might hurt someone's feelings. He thinks that the bloggers have been rampaging out of control and that new laws need to be written to corral them.

Advance copies of Sunstein's new book, "On Rumors: How Falsehoods Spread, Why We Believe Them, What Can Be Done," have gone out to reviewers ahead of its September Publication date, but considering the prominence with which Sunstein is about to be endowed, his worrying views are fair game now.

Sunstein is President Obama's choice to head the White House Office of Information and Regulatory Affairs.

It's the bland titles that should scare you the most."Although obscure," reported the Wall Street Journal, "the post wields outsize power. It oversees regulations throughout the government, from the EPA to the OSHA. Obama aides have said the job will be crucial as the new administration overhauls financial services regulations, attempts to pass universal health care and tries to forge a new approach to controlling emissions of greenhouse gases."Sunstein was appointed, no doubt, off the success of "Nudge," his previous book, which suggests that government ought to gently force people to be better human beings.

Czar is too mild a world for what Sunstein is about to become. How about "regulator in chief"? How about "lawgiver"? He is Obama's Obama.In "Oh Rumors," Sunstein reviews how views get cemented in one camp even when people are presented with persuasive evidence to the contrary.

He worries that we are headed for a future in which "people's beliefs are a product of social networks working as echo chambers in which false rumors spread like wildfire."

That future, though, is already here, according to Sunstein. "We hardly need to imagine a world, however, in which people and institutions are being harmed by the rapid spread of damaging falsehoods via the Internet," he writes. "We live in that world. What might be done to reduce the harm?"

My Comments: I can see this easily going out of control to the point where anyone who questions anything that the other person or organization does not like, and those who do the questioning will find themselves with a problem that there will not be enough money to hire the lawyers one will need to defend their rights to free speech. If you think that protecting your guns was important, this far surpasses that!

If you have read this far let me sum things up by giving you a few thoughts to ponder. Do you ever wonder how Germany ended as Nazi Germany? Two reasons..The German economy collapsed. They then started to print money like crazy, spending spending spending and the value of German money plummeted. Sound familiar to you? It should, thats what is happening right now in this country.. Have you looked around lately to see what the US dollar is worth? When these 4 items created the perfect storm, rationing became inevitable. If the US Government keeps spending money like it is and "bailing everyone out" we will then have "the perfect economic storm". We are already well on our way. If this so-called "health care reform" passes, WHO will pay for it? WHERE will the money come from? How long before our economy totally collapsed, our dollar plummets and we end up rationing AND, that will include your healthcare. So much for "there will be no rationing of health care".. With the way we are heading it WILL be inevitable.

The second reason Germany became Nazi Germany, crazy people... Take a look again at those I wrote about and their ideas (these are but a small few). These are the ones that support the president and these are the ones he looks to for advice. Are they crazy?

As I end this posting I would like to leave you with an inspiring quote from Glenn Beck himself which I believe is something we all should agree with an apply at all times in all situations..

Question with boldness
Listen to the answers even if you don't like them
Hold to the truth
Then speak without fear.. ~Glenn Beck~
at August 11, 2009