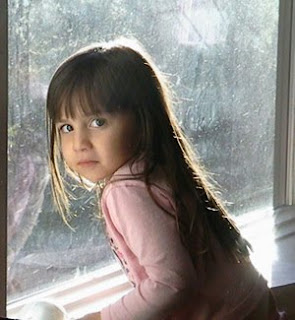 I can NOT keep quiet on this issue anymore.. Roman Polanski is a child molester plain and simple who has escaped authorities for many many years and should be in JAIL for his crimes although, some in Hollywood would have you think otherwise.. THIS is whats wrong with this country people.. People in Hollywood and the media make me more disgusted day by day and now I know WHY I don't spend my hard earned money on movies of the day and stick with my black and white classic films.. I am reprinting a piece sent out by Bill Donohue because I could not have said it better myself. Thank you Bill!! Please read on:

The Catholic League has long suspected that, in many quarters, the outrage over priestly sexual abuse has had more to do with the status of the accused than the crime itself. Now the evidence is indisputable: a child can be drugged, penetrated and sodomized—and the guilty can cut and run—and still maintain hero status. Provided he is a celebrity.

Actress Debra Winger showed up at the Zurich Film Festival “to honor Roman Polanski as a great artist, but under these sudden and arcane circumstances, we can only think of him today as a human being.” Either that or as a child rapist. She was not alone: the Zurich Film Festival jury proudly displayed red badges reading “Free Polanski.” It was also nice to know that Woody Allen, a man who speaks from experience, came to Polanski’s defense.

Whoopi Goldberg showed off her usual brilliance when she declared that Polanski’s crime “wasn’t rape-rape.” No, only priests are guilty of real rape. Noted photographer Otto Weisser agrees: “He made a little mistake 32 years ago.” That’s right—it’s only a big mistake when priests do it. Richard Cohen of the Washington Post also notes that it’s been “over 30 years” since Polanski molested the girl. Similarly, movie critic Tom O’Neil exclaims that it is “mind-boggling why they’re still pursuing this.” Yet there is no statute of limitations afforded priests—men long dead have been accused of crimes extending back to the 1920s.

Harvey Weinstein is so noble: “We’re calling on every film-maker we can to help fix this terrible situation.” The terrible situation, of course, isn’t what Polanski got away with—it’s his pursuit by the authorities. “To put him on trial or keep him in jail does not serve society in general or his victim in particular,” says journalist Anne Applebaum. She, and others, would carry more weight if the “he” included priests.

No wonder so many Americans look upon the celebrity worshippers with utter disdain. Double that for Catholics.


**please note the child pictured above is not the child that was molested by Polanski it's just a random photo of a beautiful child**
at September 29, 2009