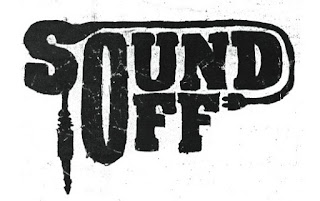 Its been some time since I've posted to my blog but, I'm back and I'm back with a sound off about a few things. If you don't have a thick skin you may want to stop reading here but, if you have an open mind then please, feel free to continue..

This week Suzanne Somers made the stupidest statement I have ever heard come out of her mouth and thats saying a lot.. She said that cancer didn't kill Patrick Swayze the chemo did.. I think Suzanne has been smoking, snortin or drinking too many of the herbs or whatever it is she worships... Not only was her comment absolutely DUMB and IGNORANT it was extremely hurtful I'm sure to Patrick's family, for the love of all things stupid, the man just died last week and this dimwit comes out with that statement. Yes we all know that chemo does a lot of harm while it does good but umm, Suzanne? In case you didn't know and obviously you DON'T, Pancreatic Cancer is INCURABLE. I don't care what you shove up your nose or down your throat no amount of herbs, jamba juice, or health nut guru concoctions you have will cure anyone of Pancreatic Cancer. It is a death sentence. One last piece of advice Suzanne, if you don't want to seem to much like your character Chrissy on Three's Company ( you're more than halfway there now), you really should check your facts before you say something stupid again...Gee, what do you think the chances of that are?

Did anyone see the video that was on the news yesterday and today of the small children in school, oh wait, unless you watch Fox News it's doubtful you saw it since the other news media don't seem to carry anything but Pro Obama & pro government corruption on their channels. Anyhow, for those who didn't see it, it was a video of school children maybe ages 7 & 8 all singing a song praising Barrack Hussien Obama. YES, they use his full name. To make matters worse the parents of these children were not told about this "little rap song" their children were being taught and made to sing along with dance moves. Can you believe this? For those who remember and those who have seen the old movie footage of school age children in the 1940's who were doing the same thing except, they were praising Hitler, it had an eerie mirror affect. It was like the same indoctrination only updated for our times..Now, our children are being indoctrinated in their schools to praise our president? What the HELL is going on here people!?!??!
Why am I seeing pictures of Anne Frank in my mind over and over and over.

Also today, there was the first ever Muslim Prayer gathering on the Mall in Washington D.C... Yep, sorry, I have a problem with that.. This is a Judeo Christian nation and a Muslim prayer gathering on the Mall in our countries capital did not and does not belong there. Any Christians want to go into a Muslim country, go to their capital, assemble in groups and pray? How long before you think you would get a bullet to the head? I say 20 minutes tops.. Sorry if this offend Muslims but please, don't blame me or others who think like me. We are not racist, we are not bigots. It is YOUR brother and sisters who have made sentiment towards your people of faith not so good. So if you're looking to blame anyone, look in your backyard please.

I honestly can say, I dont' know where this country is headed but in my gut, which never lies, it tells me its not going to a good place and we should all be afraid of whats happening around us..If you're not, then you're either in denial, not listening and closing your eyes..
at September 25, 2009