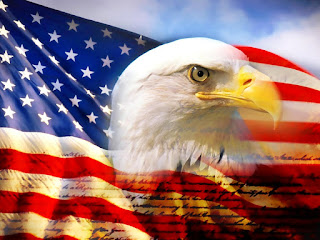 Less than 2 years ago the Tea Party movement was born. Made up of mostly conservative, God loving, country loving, freedom loving Americans. When we saw Obama, Pilosi and others in the current administration stomping all over our Constitution, the Declaration of Independence and our freedoms as Americans that our founding fathers fought, lived and died for we banded together with two goals. To take back our country and to remind those in Washington that they worked for the people.

The slogan, "Don't Tread On Me" which was created for the Revolutionary War as we fought for our independence from the British Monarchy over 200 years ago, was once again resurrected. Rallies and protests have been held spanning from one coast of this country to the other. The chant across these great states has been "Remember in November".

The left wing liberals, including those who hold elected office in this presidential administration laughed at us, called us, yes they called their own country men and women, stupid, ignorant, crazy tea baggers, compared us to 'astro turf', it was said we were a small movement of angry, out of control people who had no voice, no impact. That we would soon fade away and even went as far as to call us 'domestic terrorists'.

We and I say we, because I am a member of the Tea Part are a peaceful group who's many rallies and protests did not incite nor produce one act of violence since we formed and borrowing a phrase from one of our founding fathers and this nations first president, President General George Washington, the hand of Providence guided our movement, continues to do so and guided the outcome of these mid term elections. For had it not been, the tea part people nor the outcome of the elections would not have gone as they did.

Yesterday, the people went to the voting booth and began the process of taking America back. The Republican party swept the national and local elections in a political firestorm shift that has not been seen since 1948, some 62 years ago.

The Republican party fell short of only a few votes to take over the US Senate but overwhelmingly swept up and regained control of the US House Of Representatives by more than 50 seats. In doing so, the current Speaker of the House Nancy Pilosi who, in my own opinion is as revolting a person as she is ignorant has been ousted from that position which was one of the goals of the Tea Party Movement.


While we do not now hold the majority in both houses but one, it may cause political grid lock which will not improve our economy anytime soon but the hope is that it will stop Obama and his agenda from doing anymore detrimental harm to this country and it's people.

As I stated earlier, the Tea Party, it's members and those who believe what we do but don't affiliate themselves with the party have been vindicated . We are what the current administration feared but will never admit to, as a united group we are powerful and posses enough of that power to take back our country by peaceful means but, we must also remember and be humbled in knowing that it was not us alone but the graces of our God who permitted all of this.

The newly elected Republicans have a lot to live up to. We the people expect them to follow through on all their 'words', and they know if they do not, "We the people" have the power to replace them. While it was not a 100% victory for our nation it was, an historic statement heard loud and clear by the people of this nation at the voting booth and a huge step forward in restoring our nation to the great country she has always been.

The outcome of this mid term election is not the end of a long fought battle but, a new beginning in our country's history. There is yet, much work to be done. And, by and with the Hand of Providence we will become again a proud, productive nation.

"that this nation, under God, shall have a new birth of freedom -- and that government of the people, by the people, for the people, shall not perish from the earth."  ~President Abraham Lincoln~ (excerpt from the Gettysburg Address)
at November 03, 2010