I said in my last post I would continue on about my emotional spending so if you're interested, grab a cuppa and read on..

Fast forward to the year 2002. The Man had already been through 3 back surgeries by this year. In 2002 he hurt his back again and the doctor gave him one of two choices. Either go out on permanent disability and disability pension now or.. continue to work and I will see you in a permanent wheelchair in a few months. What would you have done? The Man was always a go getter. He worked three jobs at the time so in the blink of an eye we lost three incomes and all we had now was my measly disability check each month which wasn't enough for one person to live on nevermind two. A few months later when the Man was approved for all his incomes it was less than we had before and now we didn't know how we were going to afford the rent we were paying and buying a house? Not happening in New Jersey where I am from on our new income and we also didn't have a down payment.. Panic set in..By the way, never make decisions when you're in a panic mode.

Two months later the Man 'somehow' ( I still dont understand the whole story) was put in touch with a 'builder' in South Carolina who told us, " we can build you a brand new home, on a nice piece of land in a nice community and we can get you a 100% no money down mortgage. Umm, yeah, I forgot what I was always told. "If it sounds too good to be true, it usually is". Because we were in panic mode we jumped on. Home ownership! We never ever thought we'd own a home, even though it was in another state, home ownership! and well gee, my family could just come down and visit all the time. It wouldn't be so bad.. ( see what I was doing here? In the rabbit hole I was in at the time, I was talking myself into this being a good move)

We arrived in the driveway of our brand new home on June 26th (my moms birthday) at 3 am in the morning..

And I will stop here for now as this is getting long and maybe even boring for some.. To be continued tomorrow... 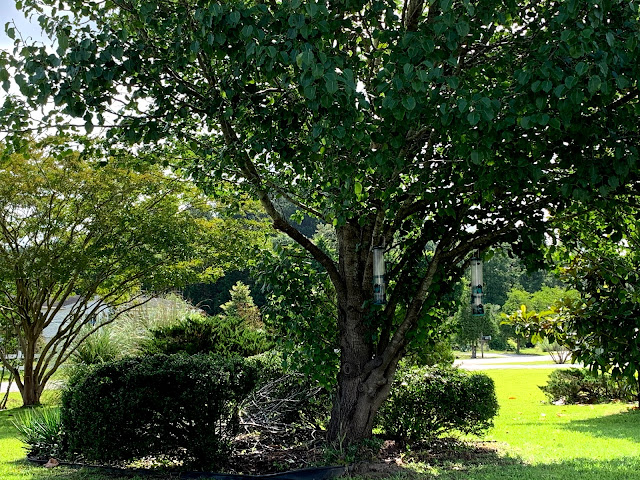