We closed on the house in August of 2002 even though we had been living in it since June. One the day of the closing I was too ill to go so the Man went alone. Once all the papers were signed the Man felt relief it was all over .. Not so fast.. Now it begins...The builder says to him " We couldn't get the entire mortgage approved so we had to float you a loan for $10,000.00 and you need to agree to it or you have to leave".. PANIC MODE.. What could the Man do? We had $300 in our pocket, everything was unpacked, I was not well enough to move again and we had no where to go. So the Man had to sign..

Flash forward to 2004. I could not adjust to living in the South. 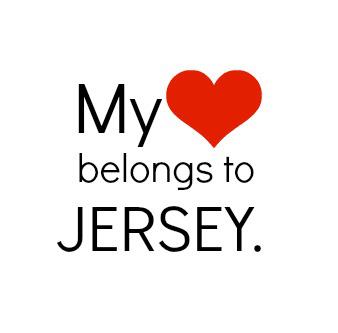 OK, no biggy, lets put the house on the market, not only can we sell, we'll sell at a profit which will give us a down payment for another house back home.. Yeah,.... not so fast. We learn that our home is NOT worth what we were told and that the man who did the appraisal had just lost his license in the state of South Carolina for inflating appraisals a few months before. Yep, panic mode. We've spent alot of time in this mode. Now what? Call a lawyer, which we did. After meeting with the lawyer we also learn that not only was our home appraisal inflated, our home was also not built correctly AND that $10 thousand dollar note we were told 'we had to take"? Illegal. We filed the suit in 2004 and it dragged on for almost 5 years. In all this time, the Man went through surgery on his back and neck in 2005, 2007, 2009 and then again this past Nov of 2012 where he had his entire spine reconstructed. In the meantime, I am getting sicker because the physicians down here do not understand Chronic Lyme Disease and other tick born infections and somewhere about 6 months after we're living here I begin to lose my ability to swallow solid food. Little by little, I can swallow less and less. This is a story for another post.

All this time all I want is to go home. I miss my family (we are small, just me, my brother, his wife and their three kids who are the lights of my life). Sadly, they don't come to see me much. The usual excuses. We're busy working, we don't have the money, we can't take the time etc etc.. I'm sure some of you know how that goes but still and all, they are my family, I love them and being away from my niece and nephews is ripping me to shreds. As you can imagine my "emotional spending' just completely went out of control again. I rang up credit cards as if I was a millionaire. We would pay them off and I'd run them up again. Although I have to say I wasn't completely alone in this. The Man likes to shop as well and trust me, he can do his own damage. Finally in 2009 the law suit ended. Our lawyer told us for years, don't worry you'll come out of this with atleast three figures. Yeah... not so fast.. We came out with.....$16,000.00 which we promptly took and paid off all our credit cards with.

Knowing now that I had no clue when I'd ever be able to get back home, I cant find a doctor who can help me, I slipped back down that dark rabbit hole and the spending spree began again. In 2009 when the economy took the nose dive we had 17, yes 17 credit cards. Yep I agree, people like us who live on a fixed income have absolutely no right to have that mant credit cards(wish I would have gotten this clue back then) and the credit we were given was in the thousands on each card. Well the economy goes to the dumper and all the companies start slashing available credit by more than half on some cards which then starts the domino affect of pushing you over your credit limit which leads to higher payments, which leads to over limit fees, which leads to more fees and then when you can't stay afloat anymore it leads to late fees etc..Can you see where this is going?

We are now in 2013, my dream of being able to move back home was once again shot down last week. As it stands right now, I have good credit and low income and the Man has good income and bad, bad credit. I tried to see if it were possible to get a mortgage on a home back in Jersey so I can be back to my lifes breath (my nephews and niece). Turns out they don't do this anymore. If we pull the Mans income into it his credit has to come along and theres no way with his bad credit we'll get a mortgage and unless I have a co signer I won't get one either. Well, I don't have or know anyone who would do that for me so I am literally stuck if an until by some miracle the housing market in the South bounces back in a big way because we are about 50K underwater in our home, we have a 9.5% interest rate on our mortgage (yes I know, makes me wanna puke too) and no we can't take advantage of any of the plans out there because our mortgage isn't backed by a federal mortgage. We also can't rent because of the same credit/income situation and I have seven dogs. Please don't tell me to "get rid" of my dogs. Four of them are very old and sick and the other 3 are up there in age. I'm not going to kill my dogs just to move if I could.

So Thursday when my birthday rolled around I was just so strung out, heart broken and defeated I said to heck with it and I spent. I knew I shouldn't have but I didn't care.. I care now though.. So before I EVER get the idea to do this again, I have taken my Goody's card and put it in a block of ice...

Pretty messy huh?  Can you relate to any of this?.. If you read this entire post (Im sorry I know it was long) I thank you for taking the time to do that......