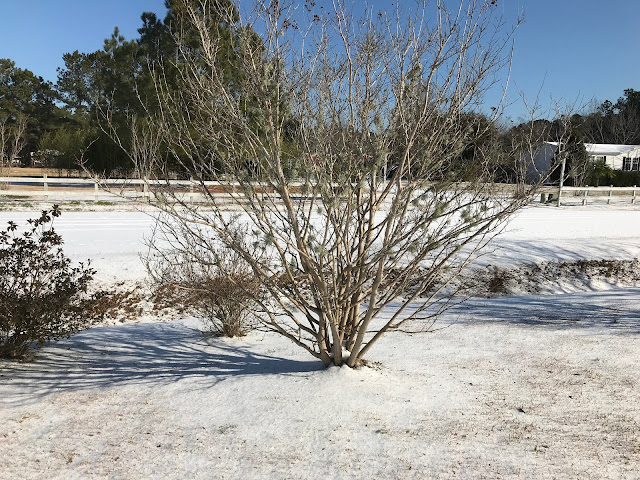 Wow! What a twenty-four hours it's been here in my neck of the woods in South Carolina.
For those of you who have never lived in the South, we don't typically get snow in my area. Maybe every seven to ten years we will get a small amount but our usual winter weather is one week of bitter cold in either January or February and then it's back up into the 50's low 60's. Oh, what we do get is the "look' of snow on cold mornings. Everything is covered in a light, white frost and looks so pretty but then, by Eleven A.M. it's all gone! And, I kind of like it that way although I will secretly admit I do get to missing some snow here and there.

Well, God must have decided it was time for me to see and feel some snow so He sent some. We didn't get as much as the Low Country did but we got a nice three inches. What we also got which I am not crazy about at all is ice. It was sleeting before it snowed so underneath that pretty layer of snow is very dangerous ice but, I guess you have to take the good with the bad. I snapped some photos to share with you all. I know that to those who live in the North and North West this is no big deal but down here in the land of flip flops and shorts it's a very big deal and kind of nice every once in a while. Enjoy the photo's . :)

Stepping out the front door this morning. 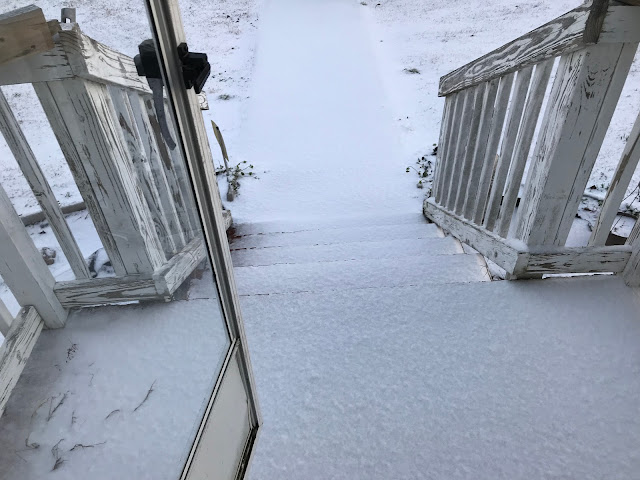 My car was caked with solid ice under that snow. 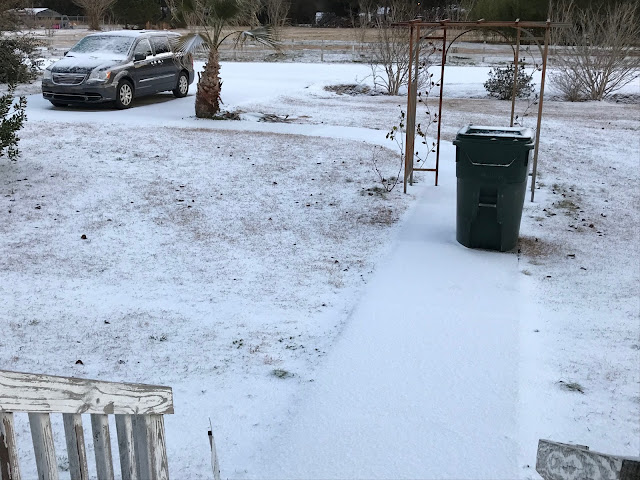 An empty snow covered field near my home 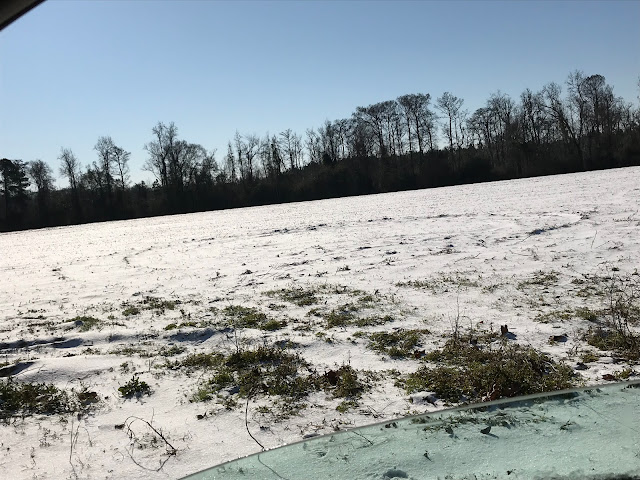 A winter wonderland in my complex this morning. 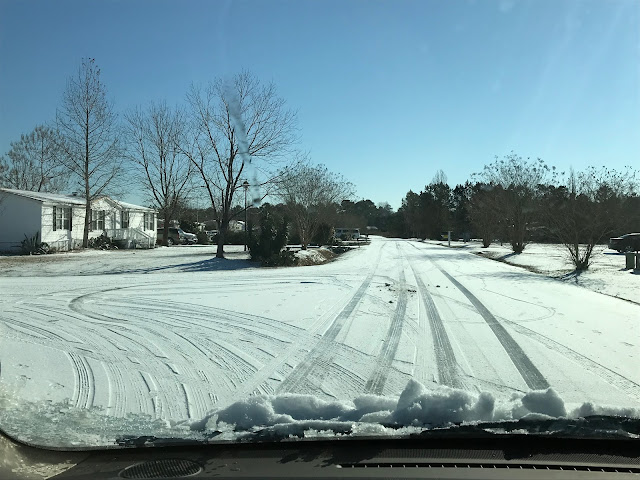