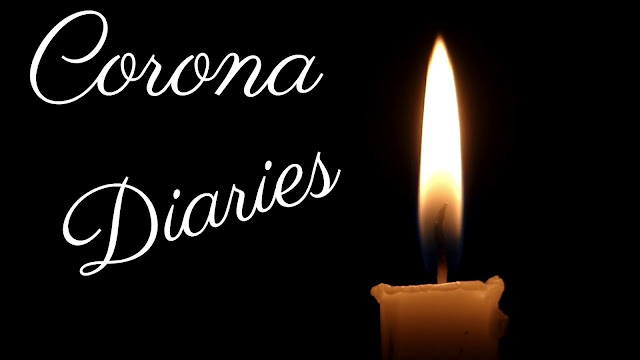 Yes, I took some time off from the blog. I've actually been quite busy here and there over the last few weeks.
To begin with I put in another small garden this year which I swore after last years fiasco I wasn't going to do but times being what they are at the moment I thought it might be a good idea to try again and so, I did. 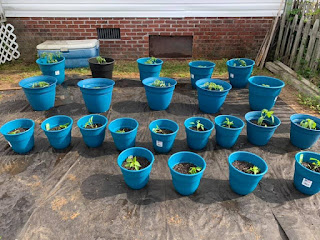 I went for another container garden. I did the same last year only then I used these garden bags I had gotten off Amazon which had rave reviews for planting both vegetables and flowers in. I guess they worked and the failure of the garden was most likely my own fault. The black plastic you see in the photo from this years garden is actually what you should use. It's called WeedStop and it's not a plastic but a mesh type material that has teeny tiny holes in it for drainage.

Last year the first mistake I made was using a heavy duty plastic with no holes in it. While the garden bags did drain well the water had no where to go so I believe I ended up with root rot in some of my plants. The pots you see there now all have had holes drilled in them so between the holes in the pots and the tiny holes in the weed cloth the garden drains nicely and nothing is sitting in water.
The second mistake I made last year was watering to much. I had read that container plants need much more water than if you had planted straight into the earth. I was always worried they wouldn't have enough water so I was watering every day sometimes twice a day and I believe it was too much.
This year I will not water that much and I've learned about how to tell if your plants are not getting enough water. So between learning that I watered too much and learning the signs of over watering I will keep a better eye on my garden this year.
You can't see it in the photo but off to the side I planted some squash and bush beans directly into the ground as sort of a test. We do not have the best soil but I am interested in seeing how those three small plants will do. I will keep you updated.

We bought a new deck umbrella for this year. We got one of those huge umbrellas that stand on their own and open up to ten feet across so I also rearranged the deck and now it looks very nice and it's a pleasure to sit out there. It's not the best of everything but it's good enough for us. I do not have a photo at the moment but I will share a photo of the deck when I can.
If you're not following me on Instagram or Facebook then you should. :)

Email ThisBlogThis!Share to TwitterShare to FacebookShare to Pinterest
Labels: Journal 2020