Straight Out Of Hell 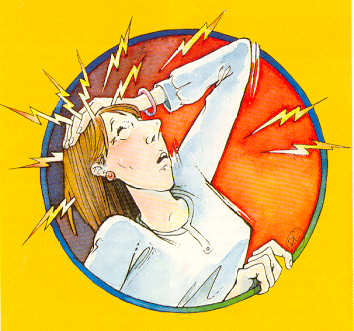 Hello there friends and family... Yesterday was a not so good day. I don't like to say "bad' day because every day is a gift from God and a 'bad' day is when you wake up dead so let's just say I had a really, really rough day yesterday..

It began with having to have my husband at our local hospital for what was supposed to be a myelogram on his spine. That's where they shoot die into your spine and then take CT scan photos. They finally called us back and the order was wrong. While we were waiting for them to straighten it out my head began to hurt and hurt and hurt. They have to reschedule him for the right test. Once we got home which was like an hour and a half later I thought my head was going to split in two.

I should have known it was the beginning of a massive sinus migraine because when it gets that bad, that quick that's usually what it is. I went back to bed at Eleven AM and spent the rest of the night with a heating pad, cold packs, and looking at the porcelain goddess. The entire night was a night straight from hell.

When I woke this morning I had sharp pain on the right side and a lot of pressure in my head but I knew there were two things I must get done this morning so I pushed myself and got them done.

In the process of making dinner ahead of time I managed for the first time in my life to cut my finger while chopping an onion. 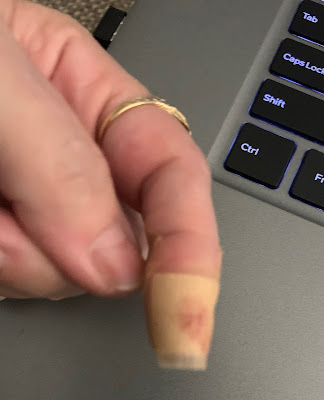 But it was worth it. Oh how I wish you could smell this!! 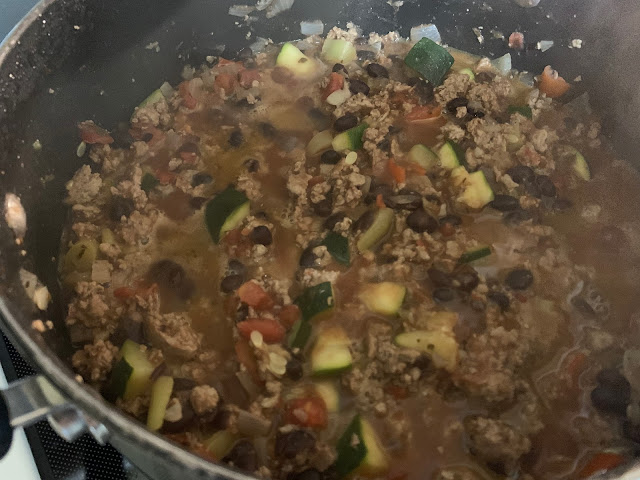 This is a recipe I've never made before. Mediterranean something or other. I bought some soft tortilla shells and thought I would make them kind of like burrito style with a side salad. If you would like the recipe let me know in the comments and I'll post it..

As for the rest of the day, I have the classic "migraine hangover", yes it's a 'thing' you can google it so I am just going to rest all day and night if I have too because I do not want to go through the pain and sickness again today that I did all day and night last night although, I'm not sure if I can avoid it. We will see.

I pray you all are having a pain free good day!.