He Saved Me - Again 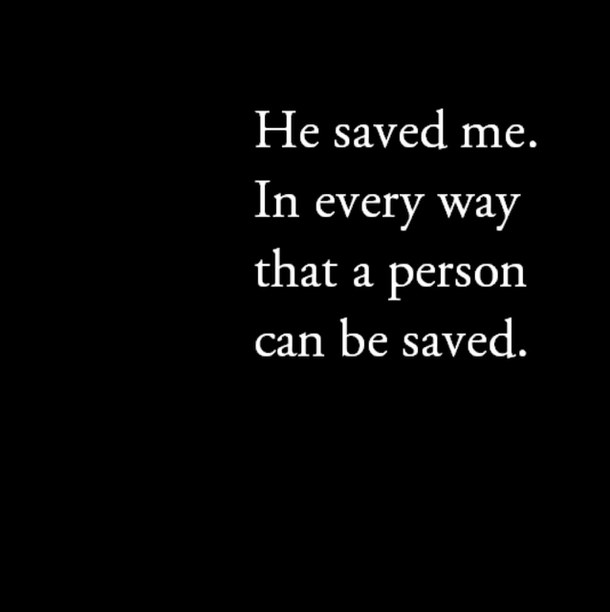 Hello friends and family.... I wanted to share some of my life with you today. For most of my life, well, as far back as I can remember I didn't exactly live a 'good life'. I'm not talking about money or tangible things I'm talking about myself. How I was, the things I did. When I think back over my life there were so many, many and I do mean many times that I could have been hurt or worse killed and probably should have been. I had a bad habit of putting myself in some of the worst predicaments.

Growing up I did not have much of a faith background. My father was Catholic, my Mother was Lutheran and neither of them practiced either. My Nana (fathers mother) however was a very faithful woman and wholly dedicated to Jesus and His Mother. I always had 'something' inside of me but in truth never really knew what it was that is, until my dad died when I was nine years old and I went to my first ever Catholic Mass. That's a story for another time.

But even though I knew I felt "something' within me, time marched on and I grew up, mostly in all the wrong ways and any kind of faith etc which I really didn't know anything about got thrown to the side if it was ever really in the picture to begin with.

When I became severely chronically ill at twenty four I dove deep into my faith but it was still so mature and was sown on rocky ground and the weeds would sprout up and choke it more times than not.

By the time I was twenty seven I had been ill for almost six years at that point, been married and divorced and pretty much hit the bottom. It was then I knew the only one who could help me was Jesus. There was no other person on earth who could. I dove back into my faith but this time was different. I made a commitment to change my ways. ALL of my ways and with Gods help and His good grace I did.

I met and married my husband who is the love of my life and while the rest of our lives are and always have been marred with illness, injury and poverty(according to todays standards in our country) my faith stayed strong. The Lord had sown my seed in good soil and I let Him.

Well as you all know because I've written about it here on my blog several times over the last few months my, faith in my faith, not God but the faith I chose or should I say He chose for me has really been rocked for about two years now.

Well, the Lord came through again. Today as I took a nap he gave me a dream. Just loaded with symbolism that you can't deny or dismiss their meanings. I will write about that next week and no I am not crazy. Scripture is littered with God teaching us in dreams and yes He can still do it today if He so chooses.

Because of this, as of right now I feel like I am back on steady ground again. It may not be what I would like it to be, it may not be what I thought it would be but the ground underneath is steady once again and that is because as He has done throughout my life most of the time when I didn't even know He was doing it,