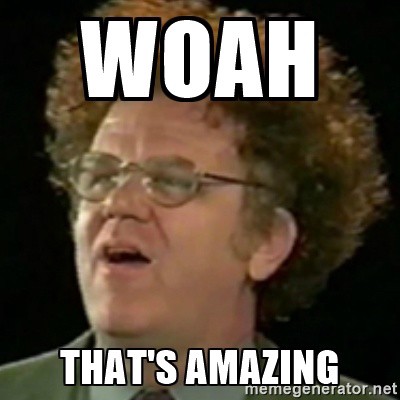 Just a little commentary today.. I am amazed. Simply Amazed!!

No matter what you think of this new 'covid-19 vaccine" I have to say it's amazing to me that it seems, all the "anti-vaxxers" have gone missing! You know, the moms and dads who scream, 'I'm not putting that poison in my child so your child can be safe!", It's my child and my choice"... Where have they all fled too? Because NOW,  all I am seeing is, "oh a Covid-19 vaccine? Sign me up!", or "When do we get one?", or "I'll be first in line!"..

You know what else amazes me and it's kind of scary when you really stop to think about it well, for anyone with half a brain that is......It's that there are MANY, MANY, people who are ready, willing and able to RUN and have a not one but TWO shot of poison pumped into their bodies that A, we have NO idea what the long term affects will be. B, This 'vaccine' is backed by people such as Bill and Melinda Gates, The Clintons, etc, etc. ALL of whom are population control globalists. Bill and Melinda Gates and possibly the Clintons and others although I am not sure about the Clintons and others but I am one hundred percent sure of the fact that the Gates are wanted for crimes against humanity in both India and Africa because of a 'vaccine' that Bill, his wife and their foundation 'came up with' years ago and got these two governments to agree to give it to their people (think used them as lab rats) and it ended up killing hundreds and disabling and disfiguring hundreds of thousands of people. Don't believe me? Go Google it...Moving on. So sad to see pregnant women getting shot in the arm with this junk. They have no concern for their unborn children.... (shakes head)

Lets see, oh yes, C!... It amazes me that people who "claim' to be pro-life are lining up for a vaccine that has used aborted fetal cells from a murdered baby back in the 1970's to make it. It was a long time ago you say? Time does not matter. If I were to say to you, "they used cells from Jews who were murdered during the Holocaust to make it, but eh, don't worry about it, it was a long time ago, would you still be okay with it?

And last but certainly not least, D!. The very SAME people who for the last four years have done nothing but say our government is corrupt, they can't trust 'orange man bad' are all the SAME people now lining up to have a poison vaccine pumped into their veins which hasn't even passed through proper vaccine trial testing like all vaccines do... Suddenly NOW? the same government they hated is now trustworthy with their lives?.. I guess that makes sense to..umm... who?

As for me and my house, we will not be getting the vaccine and if it comes to it that the federal government or any government for that matter tries to force it on people then I will either end up in prison or dead but there will be no way I will be taking that poison.