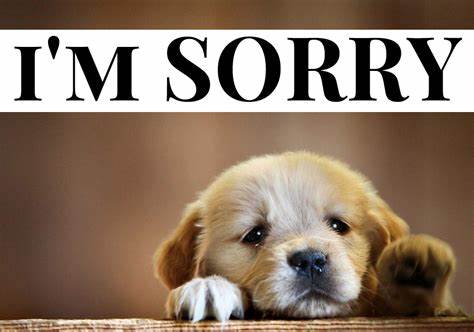 Well hello friends and family! I know it's been a LONG time.. Since May actually... Time seems to slip by so fast as you get older and it slipped away from my blog. So much has been going on so let me bring you up to date. It's nothing earth shattering, just life...

The hot weather rolled in and so did taking care of the garden.. Things were going well and then, we realized almost all of our tomato have some kind of virus. I was able to salvage two plants and while they are producing, the fruit is small and some of it not too good. So I pick the good ones and ditch the rest...

The chickens are growing up quickly and getting to be almost full size. Sadly, we lost one. My husband went out one morning to check on them like he does every morning. Gives them fresh clean water, fresh food, checks over their feathers, faces and skin and while doing this to one of them, she seemed fine but the moment he put her down, she flapped her wings and literally dropped dead... I've spoken to some farmers in the area and they said sometimes it just happens. More than likely the poor thing had a heart attack because she was growing too quickly but it just happens. I will say, I was pretty deeply affected more than I thought I would be. We've raised them since they were babies. My husband were more affected than I because he's really been the one who has been raising them but that is life on any homestead when you have any kind of animals. It happens..

Then I was running around like a nut for a few months because my brother decided he wanted to move down here with us and he wanted to get here as soon as he could so I was making deals with home owners, talking to real estate agents, researching properties, going and looking at manufactured homes and then, he pulls out.. With my very limited energy and spending it all on them needless to say I was, 'less' than happy and that's all I'll say about that...

In June, I wound up in the emergency room thinking I may have been having or had a heart attack. It was Memorial Day Weekend to be exact. After nine long, excruciating hours and them scaring the hell out of me and making me sicker than when I walked in it was determined that more than likely I was not having a heart attack and it was my stomach. They wanted to keep me, I was pissed that I was sicker than when I walked in because of all the drugs they were giving me so I signed out AMA.. And yes, I heard it from my doctor all about why I shouldn't and should never do that again. I am not saying anyone ever should do that but sometimes, you have to listen to your gut.

Well that incident started the rounds of doctors and tests. My GP sent me in for a CT scan with contrast (I've never had that before, felt like someone poured hot lava down my gullet)  because the hospital said I had gallstones.. The CT scan came back clean. No gall stones. I figured okay good I'm in the clear with that. Next it was off to the cardiologist to get my heart checked.  EKG, Echocardiagram and a Nuclear Stress Test. That was a real trip and not in a good way. Anyway, thanks ALL be to God my heart is fine and whatever caused the pain in my chest that made me think I was having a heart attack, the cardiologist says it's not my heart. Now, looking back, I'm thinking it was an esophageal spasm..

Next, the gastroenterologist. I'm scheduled for yet another endoscope and a colonoscopy both being done at the end of September and, he informed me that just because the CT scan was read as being clear with no gall stones doesn't mean I don't have them.. Huh? Yeah that's what I said to him, What? According to him a CT scan is not the best test for gallstones but an ultrasound. I asked both him and my GP that while I"m waiting for the scopes until the end of September why not just set up the ultrasound now? Both said no we should wait. I have no idea why and it seems pretty stupid to me but what do I know? I was told however by the gastroenterologist that if I have the same pain again to call him right away.. I'm thinking to myself, Is he waiting for my gallbladder to explode before doing anything?

I also believe I may just have gallstones because I've been getting a lot of pain again and it's classic gallbladder pain. So we shall see. I don't like this waiting stuff to be honest. I am also quite concerned about my pancrease. My mom passed away at age 56 from pancreatic cancer. I am now 51. The gastro after learning of my moms history was pretty adamant that yes I have a large chance of having it since it was my mother and not a cousin twice removed although he said I'm not saying you do have it and I felt like saying to him, why in the hell would you even say this to me? I'm already FREAKED out about it.. I dunno.. Some doctors have a great bed side manner and some well, some just right out suck. He sucks.

Im also still dealing with the whole peri menopause thing and in nine days if I don't get my cycle it will be one year since my last and I will be considered 'officially' in menopause. Yippie? I sleep between hot flashes so I don't get a lot of sleep. You can imagine what that does to my already low energy and, my family will be here in two weeks for vacation for a week. I'm intrigued about how this is going to go.

Okay, I think you're about as caught up as I can get you in this post. I'm sorry it's so long and if you took the time to read it I thank you very much.. I"ll be back soon as I can. I pray you're all well and you're families are well and happy also..