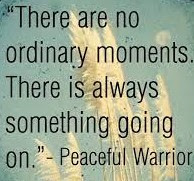 Hi everyone! I'm sorry for my absence but you know, life has a habit of getting in our way and mine did, as usual. I thought I'd bring you up to date with what's been going on here.

Life has been busy.. I ended up with a sinus infection somewhere towards the end of October. If you don't know I seem to run them chronically for the last  ten years. I was on an antibiotic and doing great. During this time my husband came down with it and like most men didn't want to go to the doctor and I'm too tired to fight about it so I forgot about it and moved on. Well, within me being off my antibiotic for a week I got slammed again with the same damn infection because my husband still had it only this time I had it worse than the first time and he got pretty bad too. The headaches, more like migraines are just absolutely horrific. Hubby needed and antibiotic change about a week into it and we are both on the mend about two weeks later although, I'm still dealing with the sinus migraine. Have one now as I write this.

Then we had a bad situation with two of our five dogs. One of my little ones who is a rescue (he had been previously abused) is a very nervous little man. The problem with that is, if there is too much commotion he lashes out by way of jumping at the throat of one of the bigger dogs. The three bigger ones had been putting up with it but, two weeks ago one of them decided she had, had enough. We were outside, things got crazy because we have new neighbors living next to us after that house being empty for two years. All of them were going nuts at the fence and well, one of my little ones lunged at the throat of my German Shepherd and she grabbed him and wouldn't let him go. End result, he lived thank God but she tore open both sides of his throat. I had to run him to the emergency hospital, why do emergencies always happen on the weekends?

So, a thousand dollars later which I will have to pay off, and fourteen stitches later things have changed here quite a bit. the big dogs are now always separated from the little dogs. It's a bit of an inconvenience but it's working. The house has been less stressful and quieter too with them separated.

Because we were so sick with these sinus infections, I had to tell my friend Deb who helps me clean my home once a week not to come and she was off today for a long Thanksgiving weekend much deserved I can tell you. That woman works harder than anyone I know. But I had to clean my house because I'm a bit anal about it. Sure, I could have waited the two weeks but no, with five dogs, a husband, three chickens and myself who still hasn't learned to put things away when she's finished with them I couldn't wait. It was getting to me.

So I put on my big girl pants and cleaned and cleaned. I'm paying for it too in body pain but I am pretty much finished. Tomorrow I just have to do my kitchen cabinets and wash my floors. I will say though. I am so grateful for my friend....There's no way my body could keep this pace up all the time.

So at night when I usually do my blog writing I've been really super tired, plus because of hot flashes I am perpetually sleep deprived anyway.

Thanksgiving was a quiet one. We usually always spend it with Bill and Linda but, unfortunately Linda's health has gotten pretty bad. Her cancer has most likely spread to her pancreas now also. I had offered to do all the cooking and bring Thanksgiving to them but she just wasn't up to having us there and being chronically ill myself I completely understand that. So I just made a small turkey breast for my husband with sweet potatoes, stuffing, green beans, gravy and a pumpkin pie... He's been eating turkey for days. Tonight the dogs got what was left in their dinners which was quite a good amount.

This week is the first of December already so I will be doing my food shopping and paying bills and such. I would also like to finish decorating my home for Christmas. My tree which is just a small four foot tree. I'll try and show you a photo or two... 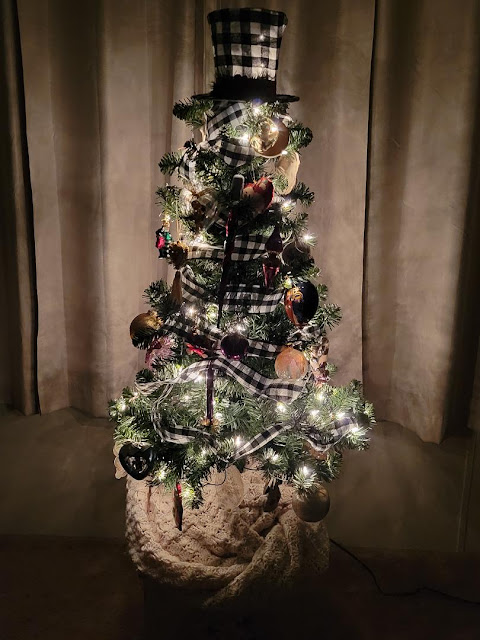 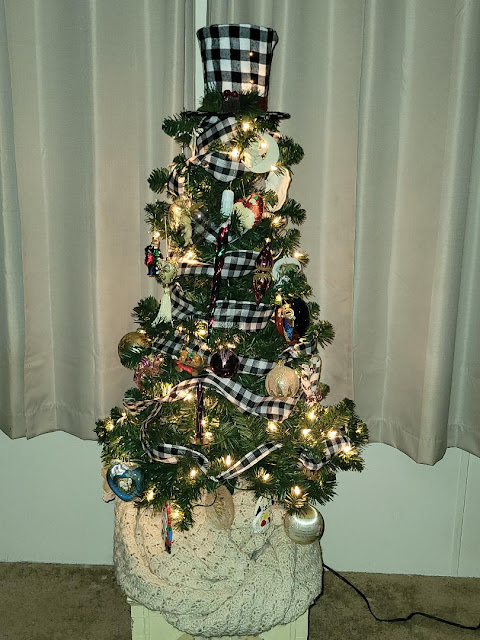 has been up since the day before Thanksgiving but the rest of the house and the outside are still loaded with Fall decor.. I love Fall and Christmas but each has their time so I'd like to get to that this week.  I did not go Black Friday shopping. I never do. However I did look online and to be honest unless you were looking for electronics I thought the sale were abysmal at best. Lots of over priced junk the stores couldn't get rid of through the year.  I did look at JC Penny and I did find new bathroom sets for my two bathrooms that I've been wanting to replace since the beginning of this year. The price was right so I bought that. I also bought a few books but they weren't on sale. They never are so I don't count those as a Black Friday deal. And that was it.

I hope everyone is well. I hope you have a great week and hopefully, I'll see you tomorrow.