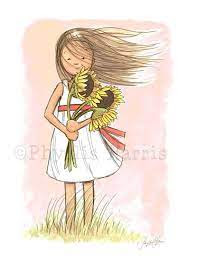 It was AMAZNG what I did this weekend. Simply Amazing!
What was that you ask? I did absolutely.....NOTHING! Yeah I know,
you probably thought I was going to tell you I traveled to some really great place and did lots of great things.. (I wish) but no, I didn't go anywhere and I also didn't do anything..
Everyday of my life, I literally force myself out of bed and I have to hit the ground running. I have breakfast to make, a house to tidy up, a husband to care for, dogs to care for, chickens to be taken care of, there is always something that needs to be done and it's rare I ever don't do anything at all but this weekend? Hubby was on the ball. Saturday neither one of us did much of anything. We were waiting for the 'storm' to come in and we didn't know when it would begin. We weren't supposed to get snow here in on the coast in South Carolina but we were supposed to get dumped on with rain and some freezing rain which we did get so any plans we had made for the weekend we cancelled. I don't mind driving in rain and snow but ice? No Ma'am...
The rain began early Sunday morning sometime after midnight and continued most of the day until around three in the afternoon. Hubby was on the ball. Sunday morning he made me a huge pot of homemade vegetable soup so this way I could freeze most of it, then he cooked a big batch of carrots for the dogs for their dinner. He did all the cleaning up, took care of the chickens, gave the dogs their medications and as for me? I sat on the couch most of the morning and read, then I went back into bed about eleven AM and did some scripture reading and study after which I promptly took a two hour nap..I did cook him a nice dinner last night for all he had done during the day..
Today Monday, It's SO cold outside!.Now yes I know, those of you up North and in the mid west really have cold and I too am from the North East so I do know what cold is but I've been down here in the South now for eighteen years and anything below sixty is cold. Today it's forty one degrees with a wind chill of thirty eight. That wind is blowin hard!. So I am snuggled up on the couch with a blanket, a dog or two and I am reading blogs and working on a crochet project. Later on I am supposed to run to the drug store and pick up one of my husbands medications but he doesn't need it right away so may not do that until tomorrow but I might go down and visit with Linda for a little while. Things aren't going well with her and I don't know how much time I have left with her...
I hope everyone is staying warm if you're in a cold climate and staying cool if you're in a hot climate.. What is on your agenda for today?